SOME LANES MAY NOT BE OPEN
DUE TO STAFF SHORTAGES

Dunham Toll Bridge carries the A57 over the River Trent between the villages of Newton-on-Trent and Dunham-on-Trent, crossing the border between the counties of Lincolnshire and Nottinghamshire.

In the 1830's a group of Lincoln businessmen built the original cast iron bridge.

The superstructure of the bridge was re-built in steel to trunk road standards in 1978 with the national weight limit of 44 tonnes. However, as it still stands on the original piers and abutments, in order to meet its statutory obligations a replacement fund is being set aside for the bridge's eventual reconstruction.

In 1994 a new toll plaza was constructed. The extra booth expanded the toll collection facility from two lanes to four and has reduced traffic queues considerably. Unfortunately, there is no extra space available for additional toll booths.

Free passage over the bridge is permitted on Christmas Day and Boxing Day.

Dunham Bridge has applied to DfT to increase its tolls for the first time since 2013. For full details, please click here. 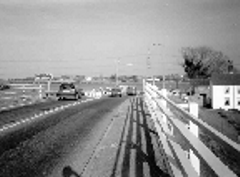 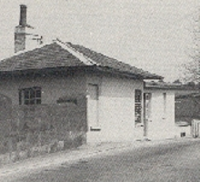 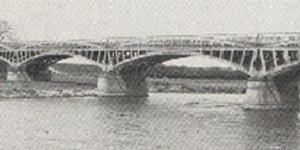